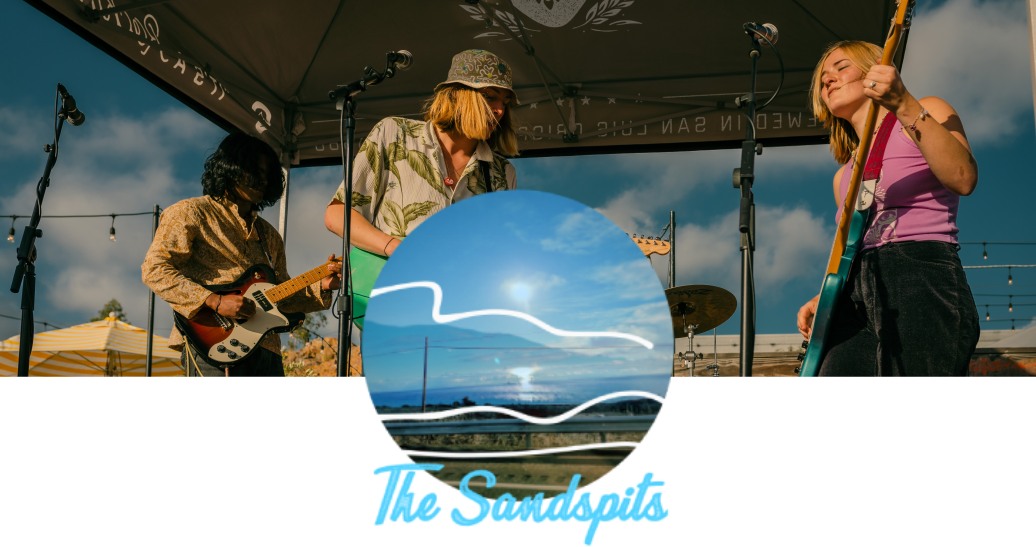 (Hint: Bassist is Our Daughter Abby!)
The Sandspits are a rapidly rising surf and indie rock band, based in SLO, CA. Formed in early 2021 by Jack Vitek (Drums) and Lucas Erickson (Guitar) and made their debut in February 2021 with two double-sided singles, “The Haunted West” and “Dead Fellow.” With a confident set of first releases, they set to work conceptualizing their first full-length album “Save Trestles” recruiting Abby Neal (Bass) and Nilav Maulik (Guitar) during the recording process.

Check out their latest video